This year’s annual Women In Tech conference, organised by the Women in Business network has once again offered Northern Ireland’s community of women working within the Tech and IT sector an opportunity to come together, network and connect over their love for the field as well as share their experiences and listen to many fascinating and inspiring talks from leading women within the sector.

Northern Ireland continues to have an under-representation of women across the STEM (Science, Technology, Engineering and Mathematics) industries with women outnumbered by men in these industries by a ratio of three to one. Events and conferences such as this one that unite women in an industry where they are a minority are vital in making a change, and this year’s conference definitely made an impact on all in attendance.

Led by Emer Maguire – a local event MC, presenter, science communicator and self proclaimed ‘musical comedian’ kept the audience entertained through an ongoing dose of humour and playful undertone to the conference. Emer, who has been the event’s main presenter for multiple years now, enthusiastically introduced all attendees to the conference agenda as well as every individual speaker and led on the open discussion based panels. 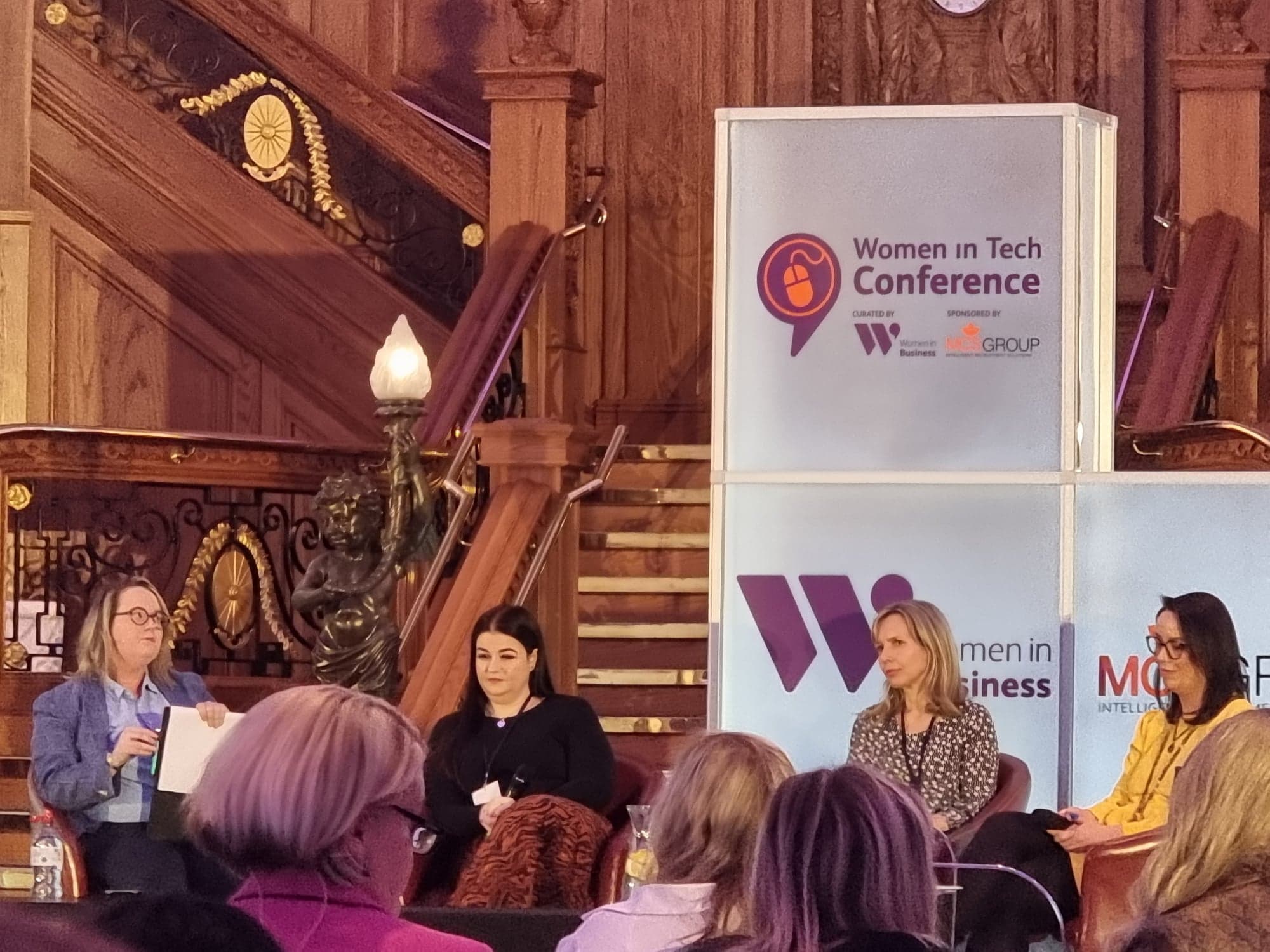 This years conference theme centred around Transforming Tech Together with the main topics of the conference including:

All the above talks and discussions proved to be extremely thought-provoking, encouraging women within the tech sector to embrace their individuality and authenticity as well as highlighting the importance of soft skills, transferable skills and emotional intelligence – which all tend to dominate female personality types.

This was one of the main points highlighted by Lindsay Rootare from Slice, in her ‘Untraditional paths, what makes you YOU, makes you right for tech!’ talk. Lindsay had made the correlation between skills she had developed in her previous non-tech jobs, and how they had prepared her for a working life within the technology and IT field. Lindsay brought to light how the skills she had gained through working in retail, broadway and childcare have given her a competitive advantage in her current position and provided her with a plethora of soft skills that she utilises on everyday basis.

The talk made it clear that, for those who may not have opted for STEM jobs as their first choice, as roles within the tech field often depend on skills such as communication, patience, empathy, organisation and ability to work under pressure they will have transferable skills that will help them excel in tech. 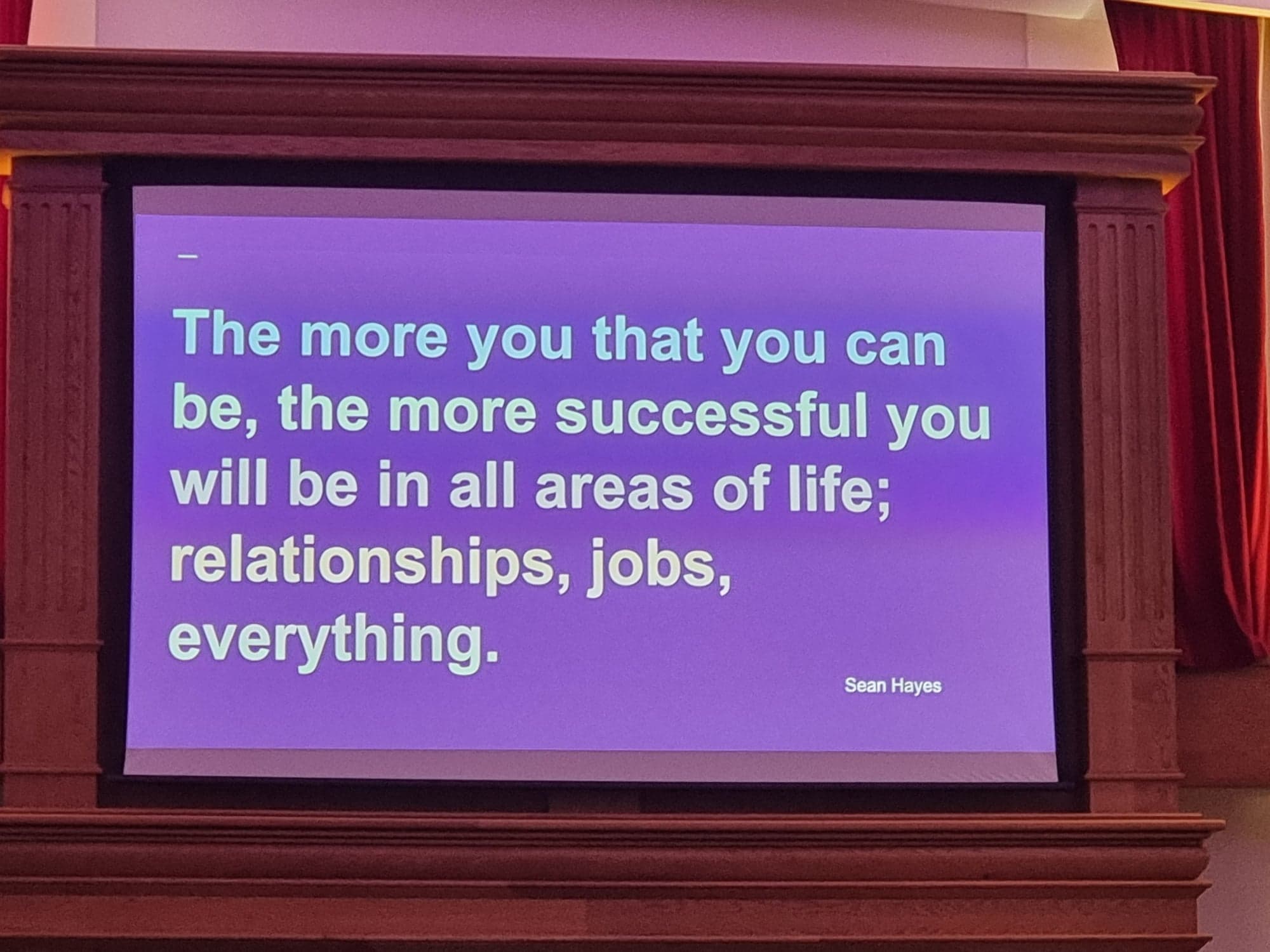 The panel discussion on tackling stereotypes within STEM between Colette Kidd, Moira Watson and Sapphire Duffy had further brought to light the false perception many people still have of jobs within the tech industry. One of the biggest points of conversation was how we are lacking methods of helping young girls develop an interest in STEM early on. Media, games and toys aimed at young girls are still infiltrated with gender bias, and don’t give young girls an opportunity to develop a passion for STEM subjects through play.

The conversation then shifted to the topic of ethics in tech, and whether AI is transforming us for the better. This inclusive discussion was led by Alison Coote, Dr Maria Angela Ferrario and Aishwarya Coffey and explored the opinions on AI becoming a huge part of our lives. It proved to be extremely popular and encouraged the audience to discuss the ways we can stay safe digitally within a world that is becoming driven by artificial intelligence. The panel discussion explored the potential for AI being abused with bias introduced, and whether the fear for AI systems to turn themselves against us is valid (with the conclusion to that thankfully being no). Dr Maria Angelo Ferrario used this opportunity to explain that the power of AI is still within the hands of the creator, and that things can only turn malicious when those systems are made with the wrong intention. The positive applications of AI were also portrayed and the many ways it is being utilised in key areas such as medicine and education to leave a long lasting positive impact. 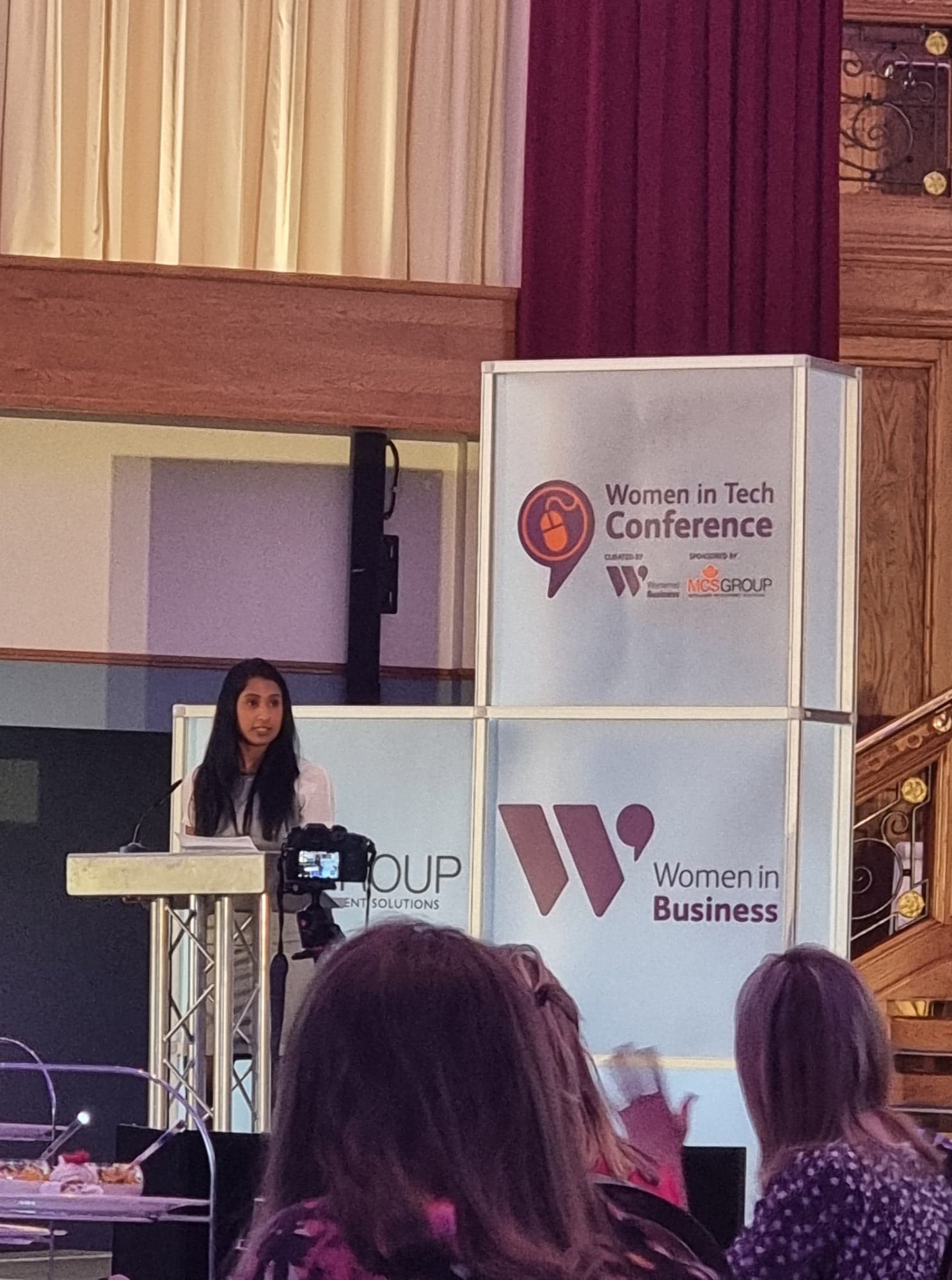 Dr Nidhi Simmons was the next speaker on stage, providing us with an inspiring talk on her journey of entering the STEM field and how it had impacted her life. She was given the opportunity to study engineering in Queen’s University Belfast on a fully funded scholarship which kick-started her career as a Royal Academy of Engineering research fellow at the same University. Dr Simmons is currently working on projects revolving around the improvement of 5G digital communications, and ensuring everyone is given access to seamless means of communicating through digital audio and video.

This talk was followed by a panel discussion titled ‘Authenticity in the workplace – just be yourself’ featuring Emma Lidgett, Adriana Morvaiova, Nicola Nelis, Valentina Videva and Lorraine Acheson where listeners heard each of their stories about how what being authentic means to them, and how it influences their leadership style. Some key takeaways from the hour-long discussion were how embracing who you are can help you achieve confidence in both personal and professional life, as well as the importance of showing vulnerability within the workplace to create an environment where everyone can feel safe and heard.

The conference came to an end with a talk from the Keynote Speaker, Caroline Bedford, who delivered a fantastic talk on the rise of the generalist in the tech specialist world. Caroline emphasised that being a generalist, or a person who is competent in several different fields or activities can come with its equal advantages and disadvantages. With a common saying being ‘A jack of all trades is a master of none’ many of us do find that we come to a point in our professional careers where we have to streamline and focus on one key set of skills. However, as much as this is important, we should not limit ourselves to these skills only. Caroline suggested that variety and trying out different activities can help us to understand ourselves better, be more clear about our own likes and dislikes, and make us generally versatile and well rounded. This was a fantastic way of finishing off the event, as it had effectively tied into the key messaging from the first speaker about non-traditional paths, leaving behind one core message – Authenticity is what makes you YOU, and you are the reason you may be perfect for a career in STEM. With many people feeling too intimidated to go for roles which may be outside of their comfort zone, the message to just go for it and not to doubt your abilities was consistently reinforced throughout the event.

Five Reasons Why Data Is Important

We hear so much about data, but do we really understand its...

Tech champions, an exciting tech-themed comic launched with an aim to introduce...